The Way to a Man’s Heart is through His Stomach 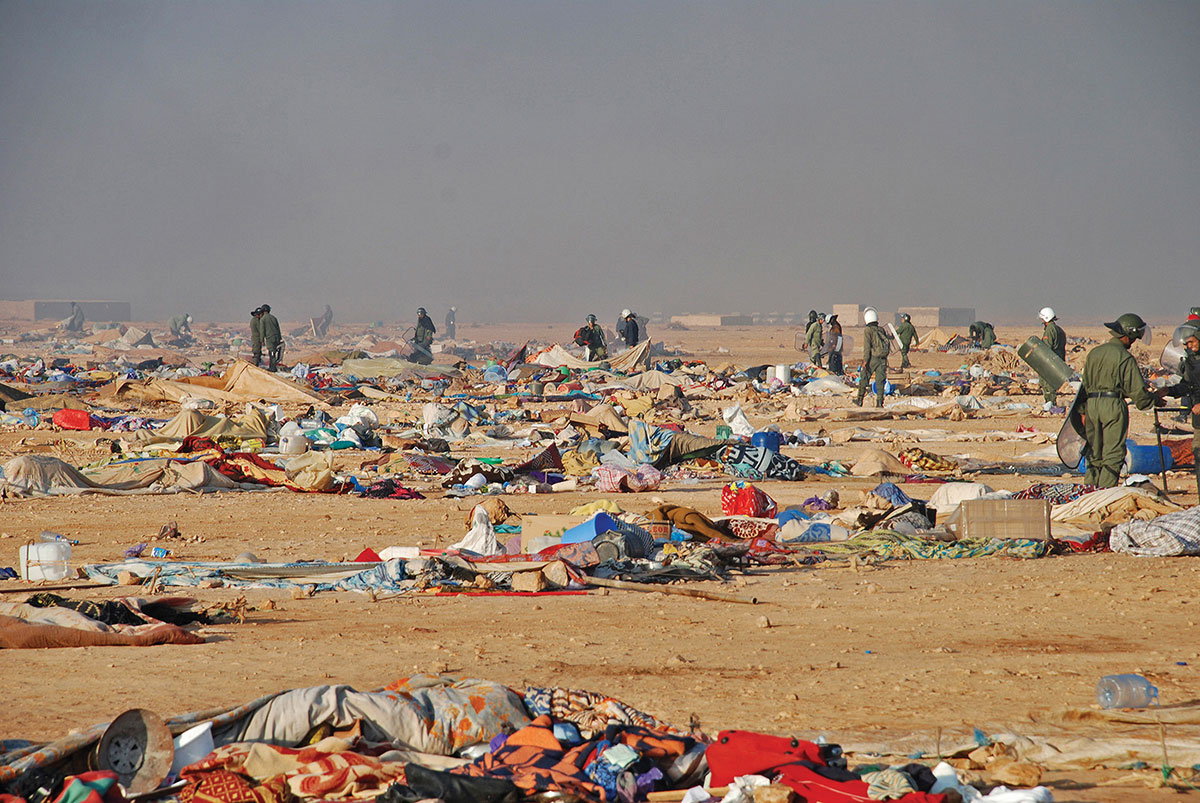 Anyway, the Western Sahara really is benighted. In the high noon of the scramble for Africa, at the Berlin Conference of 1884-1885, it appears to have been the bone the great powers threw to Spain.

Spain duly occupied it, but chronically had trouble with what few locals there were, and got very little in return. After the death of Franco in 1975, in the face of increasing aggression from Morocco in particular, the Spanish appear to have more or less just given up and left. In the end Morocco occupied most of it — albeit a native insurgency continued to hold sway in the interior.

The inhabitants presumably feel differently, but it really does seem to be an unappealing place. Wikipedia’s description would appear to suffice:

‘…The population is estimated at just over 500,000,[3] of which nearly 40% live in Laayoune, the largest city in Western Sahara…

Among the most arid and inhospitable on the planet, the land along the coast is low flat desert and rises, especially in the north, to small mountains reaching up to 600 metres (2,000 ft) on the eastern side.

While the area can experience flash flooding in the spring, there are no permanent streams. At times, a cool off-shore current can produce fog and heavy dew.

Anyway, the place was never exactly in the forefront of the world’s concerns.  However, Morocco’s unilateral seizure of it struck us as an indefensible act of aggression, and we never recognized her possession of it.  I would say we still don’t — except now, apparently, we do.

Go figure. There couldn’t possibly be a connection to the fact that Morocco recognized Israel four days ago, could there?

Or is it a matter of that if, like, Morocco, you want something from the United States — recognition of a conquest, for example — you gotta go to boss man?

Israel did suddenly develop a concern with seeing matters put right on the Atlantic coast of Africa. As MSN put it: ‘…Israel reportedly lobbied the U.S. government over the past year to recognize Morocco’s claim…’

…because Morocco had said, ‘you get us American recognition of our title to the Western Sahara, and we’ll give you what you want.’

Or would that be reading too much into the sequence of events? For forty four years, we refuse to recognize Morocco’s acquisition, then Morocco pleases Israel, and four days later…

It does seem to be a question of who runs the United States. This sort of thing has actually gone on for some time now. It’s just that now, nobody feels any particular need to hide it. You need America to do something, you go see the macher. You give him something he wants, he gets you what you want.

This macher lives in Jerusalem. Now you know.